In particular, Kabuki is a live entertainment which represents Edo, the former name of Tokyo. Kabuki originated in Kyoto, but it soon started being performed in Edo as well, and Kabuki has been loved by people for nearly 400 years since then.

Today, Kabuki is performed in various theaters including Kabuki-za, National Theatre of Japan, Shinbashi Enbu-jo, and Asakusa Public Hall on New Year's Day etc. Except for the beginning and the end of a month, performances are held almost every day, and Kabuki-za has been performing kabuki for 12 months.

Kabuki-za is the only theater performing Kabuki all year round in Japan (that is, in the world). Also, since there is one-act tickets (available only as the same-day ticket), you may still have a chance to watch a popular performance even if advance tickets are sold out.

It is no exaggeration to say that only the people living in Tokyo and its vicinity have privilege that they can watch Kabuki anytime they want. 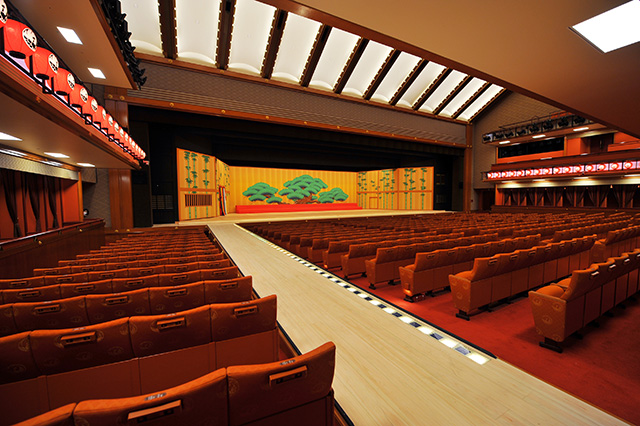 I would like to tell those who are in Tokyo now, who are planning to come to Tokyo and are reading this page: It would be almost the same as that you only enjoy less of the fun in Tokyo than a half, that you would not watch a variety of live entertainment, including Kabuki etc. Please enjoy Tokyo and Tokyo's live entertainment.