Last year, Oji Hall completed a commemorative concert celebrating the 25th anniversary of its opening, and it is undergoing renovation work extending from January in 2018 to the end of October, for 10 months. Not only appearance, but where you cannot see is important. To say nothing of changing colors of the seats and the foyer, replacing the hanging machines at the ceiling, and it was reinforced that the perfect earthquake resistance more than ever. The hall is located on the 2nd and 3rd floors of the headquarters building and has an extremely special structure, as if a cocoon is floating. Above the fourth floor is the headquarters function and the bottom is an open ceiling lobby, so that it has to make a separate part in order to maintain the acoustic environment while strengthening the earthquake resistant structure. The building team which has a good track record in Japanese hall construction, uses very advanced technology without precedent. Whenever there is a change of plans, such as the weight of the steel frame and its combination, changing the surface cloth of the audience seats, the design, the construction, and the technical research laboratories united have thoroughly been working on every time. 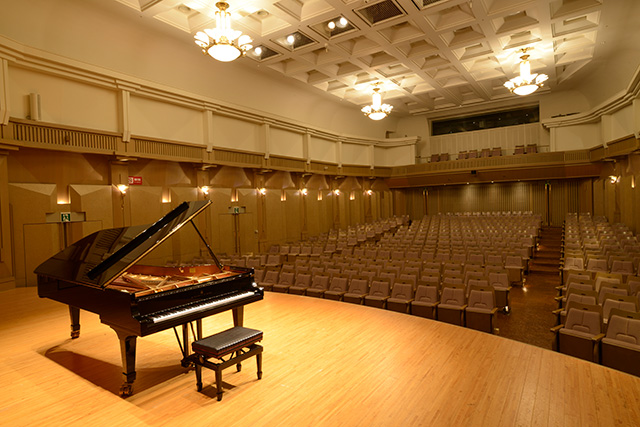 The hall is compared to a stringed instrument. From the stage made of wood to the whole auditorium is a forest of music that breathes by the temperature, humidity, the heat of the performer and the audience of the day. The forest is alive, isn't it? The hall is alive, too. It is a place like a power spot that is filled with sweat of musicians who work hard, impression of the audience, and heart-felt of staffs. The concert is a festival. Please make a step into the hall with your back toward the hustle and bustle of Ginza. You can spend unusual time there.

The renewal opening day is the birthday of the hall, October 25. In Oji Hall, "Viennese Waltz Night" will be held by NHK Symphony Orchestra concertmaster Fuminori Shinozaki and his colleagues for two days on the 25th and 26th. As the representative of the NHK Symphony, Mr Shinozaki is a family-like artist for Oji Hall. A series concert, "MARO WORLD" titled by Mr Shinozaki's nickname "MARO", started in 2004. The dream of the hall aiming to be an adult social gathering place where people can enjoy high-quality music from generation to generation and the dream of Mr Maro shaping what he cultivated with his long European lives overlapped here, and it is a project that we have been creating together for the future for 14 years since then. Every time as a theme of composer and music style, we make plans for talks of Mr Maro, wine on the theme and display of paintings and art works.
Please come to the renewal opening concert of Oji Hall by Mr Maro educated in Vienna and his great colleagues, to be entranced and enjoy it at the auditorium being more brilliantly colored. 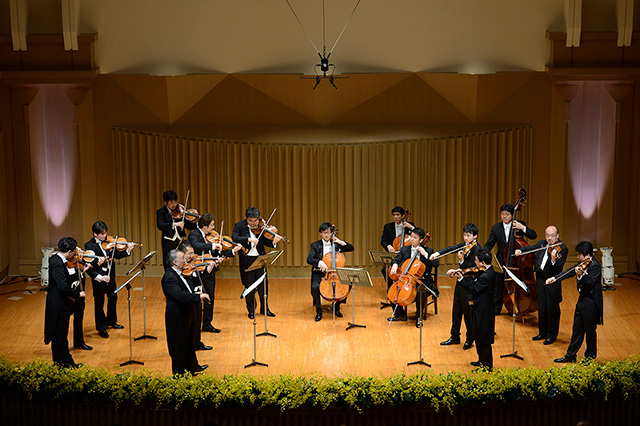 We will deliver Japanese review and musical unique to Takarazuka Revue!
19 Oct 2018